As we all know by now that 3D printing companies can print any object that you wish. Since all the 3D printed models serve different purposes, like indoor, outdoor, exhibition, prototyping, and more! depending upon the purpose of the model, the selection of the material plays an important role to determine the equality and durability of the 3D model.

As 3D printing encompasses many technologies, and the most common one is FDM, FDM also known as Fused deposition modeling is popular among 3D printing Dubai enthusiasts. FDM 3D Printers operate by projecting thermoplastic filaments, these filaments are passed via a heated nozzle, by melting the material and layering it onto a build platform. This nozzle injects the modeled plastic layer by layer in the vertical and horizontal paths to give the final 3D model

Once you decide to go with FDM over the other 3d printing technologies like SLA and SLS, the next decision is to select between ABS and PLA as these are the most common and popular materials used in fused deposition model (FDM), while they’re both thermoplastics and look similar, they have many differences. We’ll compare the two materials on a few different key points in this article. But before we go ahead let’s see the definition of ABS and PLA.

ABS stands for Acrylonitrile Butadiene Styrene; ABS is the oldest plastic used in 3D printing due to its hard nature and low cost it has become one of the popular plastics used with industrial 3D printers.

PLA stands for Polylactic acid, also known as PLA, and is a thermoplastic monomer derived from renewable, organic sources such as corn starch or sugar cane.

Even though both methods use plastic as the raw material the characteristics of ABS and PLA differ.

Acrylonitrile Butadiene Styrene: ABS doesn’t have the same biodegradability as PLA, but It can be recycled very easily, the heating point is higher than PLA, and because of this nature the 3D printed model can withstand high temperatures, therefore these models are suitable for outdoor, or for models which are highly impacted by heat like gearshift knobs, car parts, end parts, etc

Accuracy of the prints

In FDM printing the print quality of the model generally depends upon the complexity of the model and the interlocking parts in the model. FDM is usually preferred when the model has a simple structure, however, when it comes to choosing between ABS and PLA, PLA is easier to print compared to ABS, as PLA needs a lower printing temperature or filament becomes malleable at low temperatures. But PLA is more brittle than ABS, and because of this it limits its application a little, ABS has high printing temperatures or filament becomes malleable at higher temperatures, because of this ABS is a go-to material for all prints, but ABS is far more likely to stretch than shatter and it’s resistant to corrosion too. Because of its tensile strength, it is an excellent choice for people who want to sand, buff, or glue the finished product.

Strength of the products

Both PLA and ABS have similar tensile strength, but when it comes to the overall strength the factors to compare is material durability to withstand extreme temperature and other elements, as we already know by now ABS can handle higher temperature, but when it comes to cold temperature it tends to break, but PLA on other hand can withstand cold, choosing the material for your print now greatly depend upon the weather.

Post-processing is nothing but the process involved to improve the parts printed, the process involves sanding or painting, ABS is the favorite choice among 3d printing enthusiasts, as ABS can be fairly easy to be smoothed, and models after the final finish PLA gives glossier look, while ABS typically prints in matte finish.

Generally, Both ABS and PLA are roughly the same price, however, price depends upon the attributes like diameter tolerance, colors, and shipping the more influential factors as to why the price varies between ABS ad PLA. Due to the popularity of PLA, it has more brands, colors, and special blends (like composite PLA filaments). ABS filament is also out there with various brands and colors available, but perhaps less so than PLA.

PLA is best suitable for fun models, or indoor models with a simple structure like basic everyday printing, PLA is also a good choice or beginners to explore the possibility of 3D Printing,

Since both materials are affordable try both methods to find out the difference on your own. 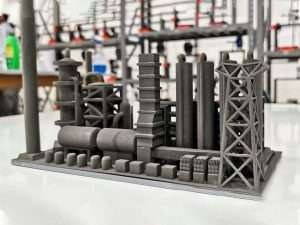 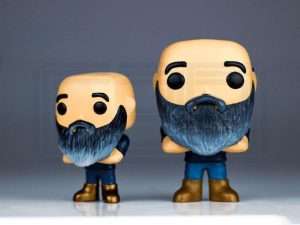 FDM VS SLA how to choose the best suitable one for your project.

SLA or FDM? Some of you may have come across this question when you approached a 3D Printing service Dubai and wondered what these are The time has come to be able to print any object you see through, 3D scanning and 3D printing. Want to know how? In technical Plastic waste or plastic pollution (e.g.: plastic bottles plastic wrappers plastic cups and much more) have immensely accumulated over a period of time in the 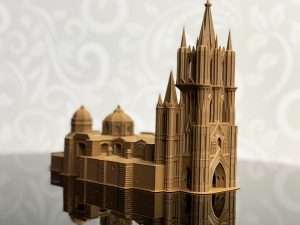 The Era of 3D Printing 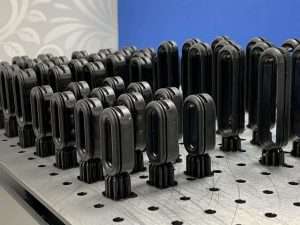 The Development of 3D Printing in the UAE

The 3D Printing market in UAE showed strong growth following the establishment of the ‘Dubai 3D Printing Strategy’ in 2016. In addition, the government program

Read More »
Get in touch

Looking for an awesome design for your next project?

C3D is an additive manufacturing centre, or in layman’s terms, a 3D printing company that serves a variety of industries to add value by increasing business agility.

Please use the form below to provide the details of the project, and let us send you a quote.